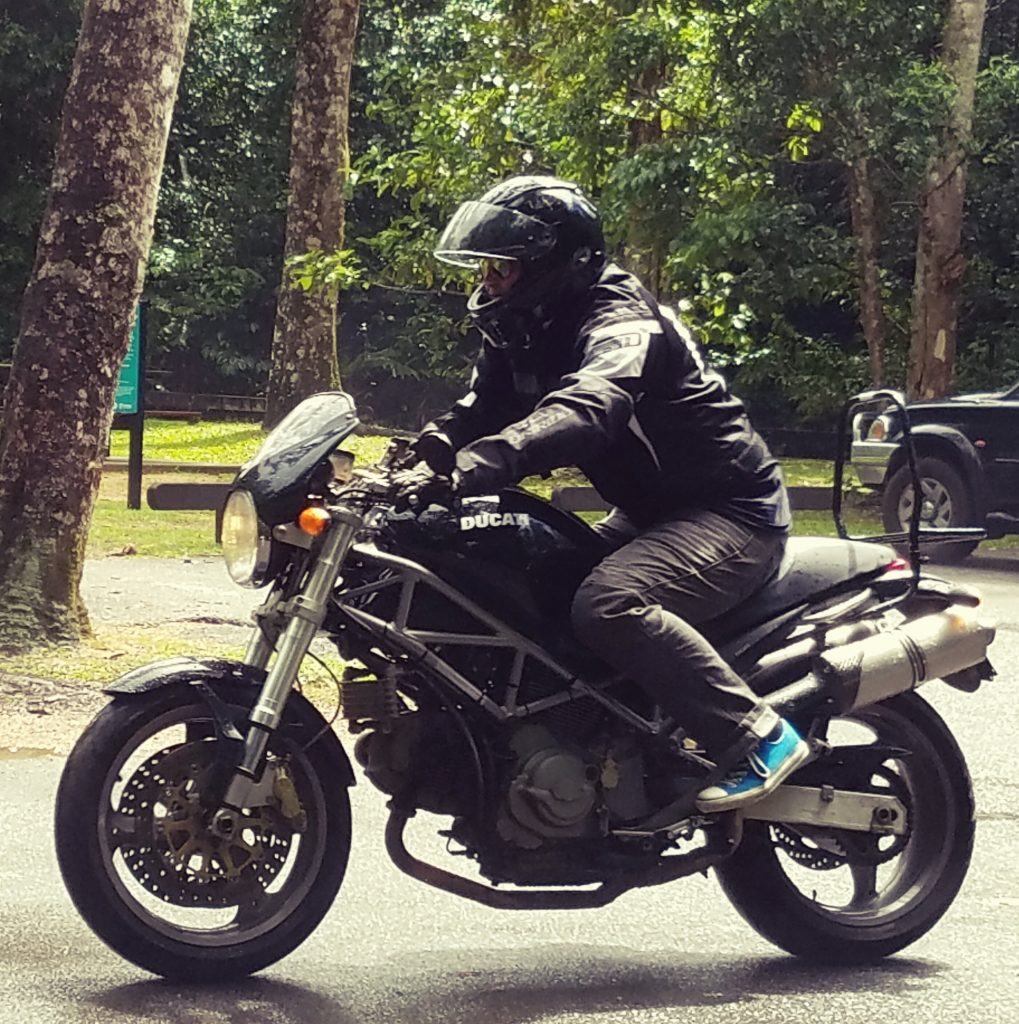 My Aussie Day on a Ducati 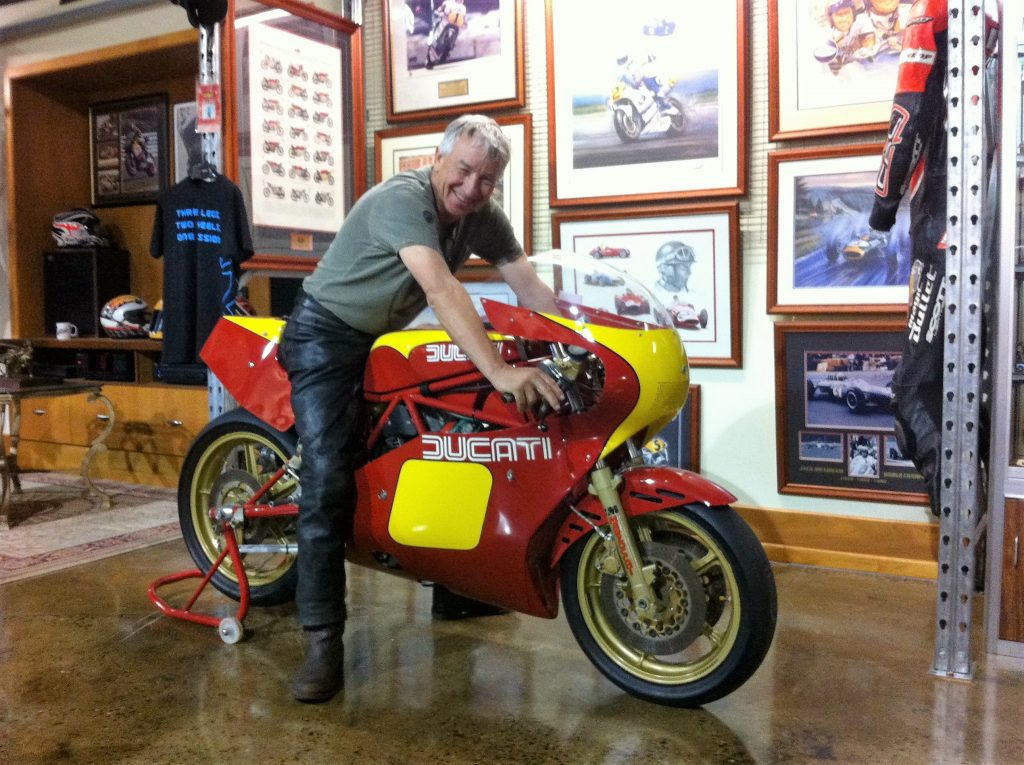 We are mad about the Ducati and proud of it! Here’s a bit of Ducati history for those of you who share our passion for this Italian masterpiece.

Ducati was co-founded in the 1920s in Italy by Antonio Cavalieri Ducati. His three sons – Adriano, Bruno and Marcello – joined the family business. In the 1920s, they worked on short-wave radio transmission equipment, and in the 1930s one of their most popular products was the Ducati radio. It wasn’t until the 1940s that the first Ducati motorcycle – the Cucciolo – rolled off the production line. The factory was bombed during World War 2, but fortunately production restarted immediately after the war. In 1949 the first real complete motorcycle, the Ducati 60, was manufactured.

In 1954 the design and engineering genius Fabio Taglioni joined the company and developed the Ducati Gran Sport. They smashed 46 speed records in 1956 with the Ducati Siluro, thanks to the introduction of the Desmodromic system. Thanks to this success, the production range was widened. 1968 saw the introduction of the Ducati Scrambler, which was hugely popular in Italy. Fabio Taglioni then developed the first Ducati with the L engine configuration, the Ducati Apollo, in 1963

Ducati’s first maxi-motorcycle, the 750 GT, appeared in the 1970s. This was an era of win after win on the tourist circuit in Europe. The pinnacle was Marco Lucchinellis’ win in the 1988 Superbike World Championship, racing a Ducati 851. The latest Desmodromic engine was also released in the 1980s.

Ducati’s Monster was released in 1993, followed quickly by the beautifully designed Ducati 916. In the 2000s, Ducati debuted in the MotoGP. Troy Bayliss took out three consecutive World Superbike Titles and really put Ducati on the map as a speed and performance machine. Casey Stoner’s win at the 2007 MotoGP World Championship clinched the deal.

2010 saw Ducati’s entry into the cruiser market with the Ducati XDiavel, and the Ducatia Multistrada is released. And in a blast from the past, the Ducati Scrambler was renewed and reintroduced to a new generation of Ducati fans worldwide.

Why not be part of the Ducati story with a few days of touring North Queensland’s magnificent Atherton Tablelands on one of our rental motorcycles? Just a little over 1 hour from Cairns but a world away from the grind of the city, you’ll escape the heat of the coast for the cool of the Tablelands with its rolling hills, winding roads and open vistas. Contact us today to discuss accommodation, rental and hire options. 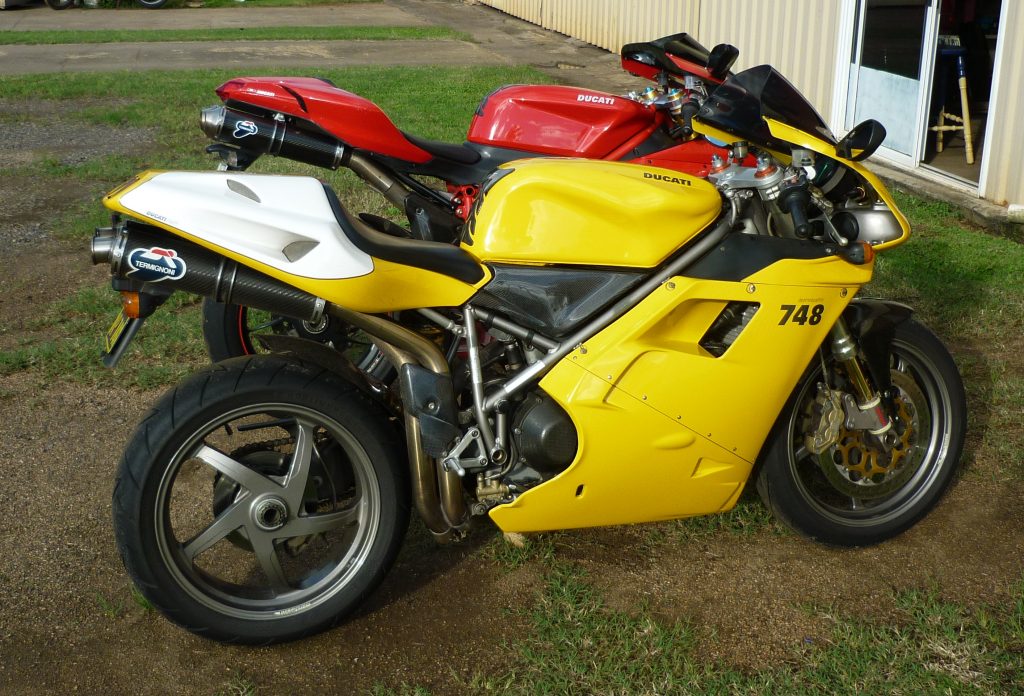 Whilst any time on a Ducati is a pleasure, it can be good to know just how far this is from that. On North Queensland’s Tablelands, this might mean the distance between one beautiful view and the next, or one great coffee and the next. Starting from our base in Malanda, you can expect the following distances of riding pleasure.

Malanda to Yungaburra is a 12km stretch via Peeramon (home of the iconic Peeramon Pub), or a few kilometres further if you want to visit the the Curtain Fig Tree. Yungaburra is a jewel of the Tablelands – set on the banks of Tinaroo, it’s easy to kill time wandering through the quaint village centre or grabbing a bite to eat from one of the many eateries.

Malanda to Atherton is a beaut 19km stretch taking you straight past Gallo’s Dairy Land for fresh and local cheese, chocolate and great coffees. Acre after acre of cropping where often brolgas and cranes eat alongside cockatoos, white and black, and there’s always egrets to be seen – they love to ‘hang out’ with the cows.

Malanda to Millaa Millaa is 22km stretch of largely upgraded road with the best views around. From Millaa Millaa you can do the waterfalls circuit – the sealed road’s narrow but the views are amazing. Mungalli’s ‘Out of the Whey’ cafe (on Watson’s Bio-dynamic farm) is just one of the many pitstops you can make if you need to recharge the batteries. Or head back towards Millaa Millaa to the “Falls Teahouse” for great food with a view.

What better way to see the sights than on one of our hire Ducatis. Once you’ve woken up refreshed after a night in our bed and breakfast accommodation, you can enjoy the cool mountain air of the Tablelands and the rolling green hills and dramatic mountain backdrops of the Tablelands. Riding on the Tablelands is a dream – long sweeping curves and stretches, challenging ranges through rainforest, and great secondary roads leading you through the southern hemisphere’s most northern dairy farming region . Your rental bike is going to be in top notch condition thanks to our repairs and maintenance expertise. We know and love Ducatis so you can be assured your bike is going to go the distance, and it’s probably done all the roads before 😉